Skip to content
“… Her heels clicking on the tarmac, the street lights lighting her path ahead, talking over the phone while walking down the deserted by-lane to reach the safe havens of her home, she wished her friend a “Happy Women’s Day” and kept the line. Another 5 minutes and she would be home, she thought. She heard an oncoming bike and looked sideways to see if there was space to weave through the footpath occupiers. Finding none, she continued walking ahead, expecting the biker to be careful enough not to hurt her. But the bike came and stopped just near her, surprising her and causing her foot to twist while she fell on the footpath. She looked up angrily to see two pairs of eyes leering at her. The anger gave way to fear. The screeching bike had woken some of the beggars and within seconds, which felt like hours, one of those young lads came to help her get back on her feet. Several of them came and stood beside her. Her phone vibrated. An incoming message, announcing  ‘A 3-day special discount in celebration of Women’s Day.’ …”
Yes, there’s inequality. Yes, there’s commercialization. Yes, there’s tyranny. Yes, there’s irony.
But, above all, there’s hope.
Happy Women’s Day.

“In this digital age of love, is it too much to ask if I want your hand in mine and not my phone…

If I want to see that wink on your face, not just the emoticon you send…

If I want you to spend  my happy moments with me, not hear about it later…

If I want to call you by your name, not just look at my phone flashing it…

If I want to see you reading this, and not just imagine you breathing deeply…

If I want to see that smile on your face, and not just hear it over your call…

Exactly a year ago, not everything ended well for Reeva Steenkamp, girlfriend of famous Paralympic Oscar Pistorius, the Posh and Becks couple of South Africa.

She was found dead in the arms of her love. Oscar looked shattered. Their place was a mess, his clothes blood-soaked, the bathroom door broken, her body riddled with bullets, cricket bats and guns lying around. The world was divided. Still is. Some say it was premeditated. Some say it was accidental.

I say it was sad. Sad for Reeva, Oscar, their families, friends. Sad for the ones who had to closely witness something so heart-wrenching on a day of love. Sad for the innumerable people who lost their inspiration in Oscar that day. Which man in his right frame of mind would premeditate the murder of his girlfriend in a manner he knew would point back right at him? And a man with Oscar’s courage and mental strength, which got him game ready to compete against able-bodied athletes at the Olympics, definitely has the right frame of mind.

But I am not defending him. He has lost a lot. And so has Reeva.

He his love. She her life.

Maybe love for Oscar will never be the same again. This day definitely won’t.

Maybe he will learn to live with what happened that day. With what he did. With the life he took away.

Maybe Reeva will forgive him for what happened. Maybe already has. Maybe he knows. Maybe he’ll come to terms with it.

A lot of maybe’s, a lot of hope, a lot of strength, a lot of empathy.

For the way things ended. For them. Between them.

Not everything ends well…

Like Loading...
You do not acknowledge it,
You may not recognize it,
We’ve been this way for really long,
Maybe us being happy together was too much of a misfit!
We’re as close as blood relations can get,
At one time, for my actions, you would vet,
Bonds shattered, smiles dashed,
To leave us, you’re all set.
I may not be able to say it aloud,
Yet my heart keeps beating out loud,
To wish you a really happy life ahead,
Wedding bells and chimes the only sound. 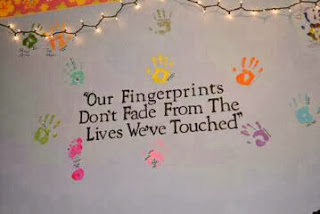 All through these years, I’ve never been in favour of belittling others or ridiculing others for their wobbly hold of the English language. Primary reason being, these people are aware of their weakness and are often trying to get past it.

However, in the past few days, I’ve come across mispronunciations and wrong usage of words, with such shameful confidence, I cannot help but put it down in the pages of social networking history!

I’ll cite the best of the lot:

— I heard a guy say on the microphone, while he was on stage, at the podium and in view of the entire audience, use the word important as an adjective for himself. Sadly, he silenced the letter ‘R’ in the word important. Rest, is up to you to understand!

— While explaining duties to volunteers at some event, one of the persons handling the event, said “Be benevolent to the guests.” Sounds good, doesn’t it? Not when you hear him say the same thing more than four times! Just using BIG words does not make you good at the language. Sometimes, words like respectful, helpful, cooperative also help.

— Saving the best for the last, where a guy used the word ‘eligible’ for (drum roll! Ta da ta da dum!) ‘liable’. So what he said was something like, “If anything goes wrong, remember you will be eligible for it!”

As I stand here stranded,
My stomach churning with pain,
Of sadness and disbelief,
I wait for the light,
To carve my path out of the tunnel.

I cannot speak to the souls around me,
They won’t understand one bit,
They have their backs turned to me,
Leaving me all alone.

Man is a social being we say,
Yet here I am,
With so many around me,
No one to cup my tears.

My dwindling faith now lies,
In the hopes of your greatness,
Waiting for the unfathomable and immeasurable,
Strength of your mere presence.

As you throw your light,
The darkness around flutters away,
I notice that the backs to me,
Were to protect me from the horrors of the way.

As I wipe my tears,
I see the gnashes they’ve suffered,
And I realize I’ll pray next time,
For what you think I need, rather than what I think I want.

Yesterday evening, the God himself descended in Calcutta, armed with his instruments, the rains signaling his arrival and ceasing at his descent, darkness enveloping a crowd of thousands waiting for a mere glimpse, uproar at his first syllable, adrenalin rushing through the throbbing veins at the first hint of music. That was A.R. Rahman at Calcutta!

What happened on the stage in the next few hours was magic. Maybe see through at times, mesmerizing mostly. But what happened in the crowd around us was a different matter altogether. That too was just so out of the world!

Bang ahead of us was a couple who just couldn’t get enough of each other. She seemed to be eating all the time, attracting the bees-like-hawkers (who were allowed to roam freely in the entire stadium, selling everything from ‘cheeps’, lemon ‘peshaal’ signaling special lemon tea, cool water and badaam and were guilty of the criminal offence of interjecting the maestro’s music with their cries of product advertising!!). Her beau, oblivious to how much he was spending, couldn’t seem to get himself to concentrate on the stage, is all I can say.

One row ahead of us to our left, sat a trio of the most boring young guys I have ever come across. They didn’t clap for more than 3 seconds at a stretch, with gaps of at least half an hour between each such exercise. It almost felt like they had been punished  and were made to sit through the entire event. Even if Rahman himself had come to them, they wouldn’t have uttered a cheer or enthusiastic hoot! I just hope they had free tickets to the show, because otherwise they’ve genuinely wasted their bucks!

And behind was a family with such levels of intelligence, I should have congratulated them. The boy was shouting to his dad for chewing gum in the middle of a sufi song when the whole crowd was swaying in the musical magic. Once, another one of them was completely unaware of the fact that it was their cell phone which was ringing loudly. And at one time when the sound fell really low due to some technical glitch for a few seconds, this man shouted from nearly the last row of the stadium “Raise the volume!”. Seriously, Sir? You really think the organizers can hear you from this far? His voice decibels barely managed to reach the next 15 rows of people, I think!

When Rahman played out his crowd-favourite Jai Ho!, this man next to me, stood in the attention stance. I wish he knew Jai Ho is NOT our National Anthem. He could have crooned it aloud and fist pumped the air a little. But alas!

It felt as if the people around me were saving all their enthusiasm for the Goddess Durga! ‘Cuz the other blocks in the stadium could definitely be heard on the stage!

That’s the other side of RahmanIshq!

Reporting directly from the stands, signing off for the day!

Mr. Sensible : That is so romantic!

Me (Thinking deeply, frowning) : I would say these are subtle words portraying underlying obsession.

Mr. Sensible : Obsession is not the correct word here.

Me (adding hastily) : I’m sorry to ruin the romance of the words!

Mr. Sensible : (disappointed and angry) Well, you actually did!

Unsure, I sent it to another friend who is in, or we could say, working on a relationship.

Twin Soul : Why would I like to be necessary and unnoticed for someone else?

And I’m jumping with joy! I found my twin soul!

PS : Mr. Sensible is so good looking and understanding and charming (& sensible, of course), he would easily find several women wanting to be the air for him!

Things might not always seem bright,
You might feel the end of the tunnel has no light,
But do not lose your faith upon Her,
She considers you strong, Mon cher.

Life will always give you highs and lows,
Our attitude decides who’s going to stay and who bows,
We have a long way to go,
And to the world we’ll show,

No matter how much the world puts us out,
We will always get up and go about.

All her life, she waited for the one,
Not glancing even once, at the ones who paused for her,
Around her, there was so much of joy and cheer,
Yet, she didn’t care enough for the ones near.

Soon the crowds passed by her,
Soon she was left standing alone,
With none to ask her how she was,
She began wondering who she was.

While she waited for her one big moment,
She never noticed those small, little ones,
That fill up the pages of life,
And make you want to revisit the memory lanes.

Wise enough to realize her folly,
She began the task of trudging uphill,
Warning every person who was going down,
To cherish what you get, rather than crying for what you want.

Consider yourself lucky that you’re still able to smile because there are many who’ve even lost that.

Life isn’t about the one big moment. It’s about the small, little moments which turn into your life story!