Two months ago, I’d shared the plight of a poor, homeless man.

Today, he’s missing. For the past two weeks, actually. Should I rather say dead? Because he was barely being able to walk twenty days ago. A friend, on the man’s request carried him two feet away to where he wanted to sit. Then we saw him take out a packet of smokeless tobacco (Wiki pages lead to dipping tobacco being the most suitable variety) and consume it.

My concern for him suddenly vanished when I saw the pack of smokeless tobacco (commonly called khaini in India). I hastily concluded that he must have brought this situation upon himself. You must be wondering why I was concerned in the first place?

Jump to a month ago. For many days, I’d routinely noticed him and his actions. Those five seconds when I crossed him almost every day. He had a plastic bottle suspended from a rope and he would be moving it in a circular motion. I’d have put up a picture of it, if I had one, but I deliberately chose not to click his picture. I didn’t want to intrude into his privacy or whatever was left of it at least. Out of curiosity, the aforementioned friend asked him one day what exactly was the man doing. You know what he said? In a clear voice, in English, “Life is a circle”.

Another day I caught him muttering something. Seemed a little foreign to me. I heard more carefully, and it took me back to my seventh grade science classes. 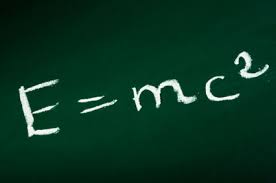 Coming back to khaini, today it dawned upon me that maybe that was all he could afford to eat! Or maybe that was his escape from reality. Harsh, but true. Unacceptable, but needs to be accepted. Painful, yet routine.

Once at God’s door. No more…

P.S. : Every one has a story waiting to be said. We never spoke. But he still compelled me to wonder about his.